Last night, I noticed an unusual tweet from Sridhar Vembu, CEO of one of the most celebrated SAAS companies from India, Zoho. 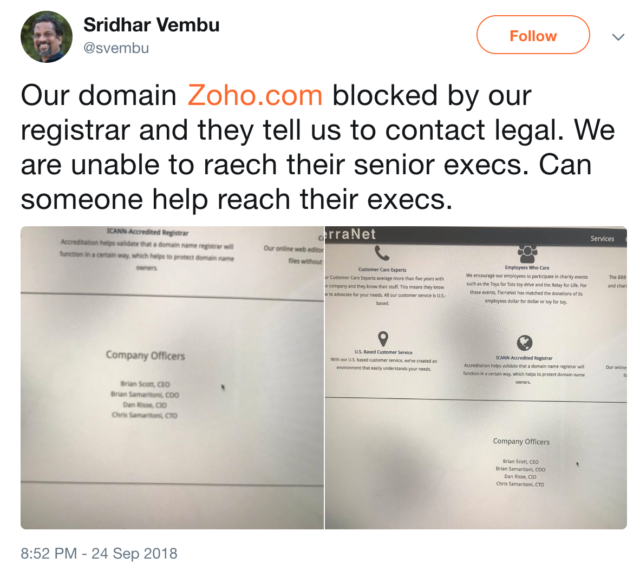 From then, things have gone debilitatingly bad for Zoho. It’s literally a bloodbath with many customers bad-mouthing Zoho across multiple platforms (in the comments sections of their pages on Facebook, LinkedIn, Twitter etc.) 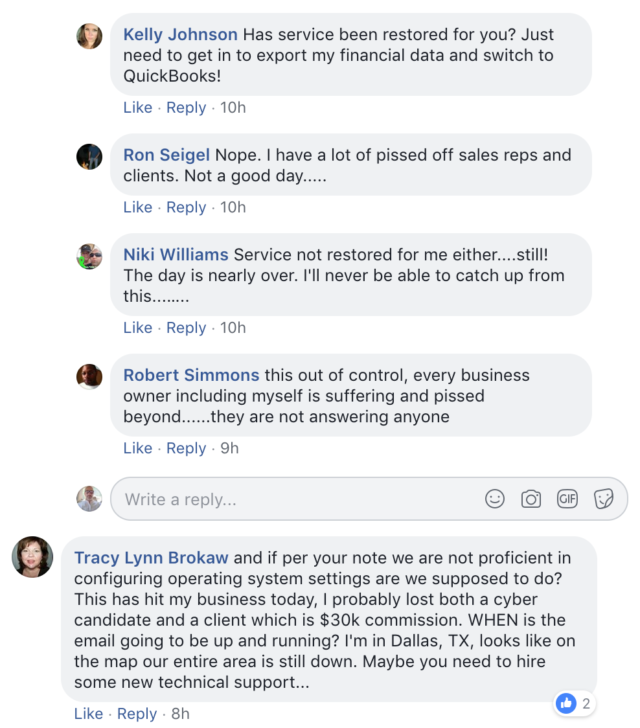 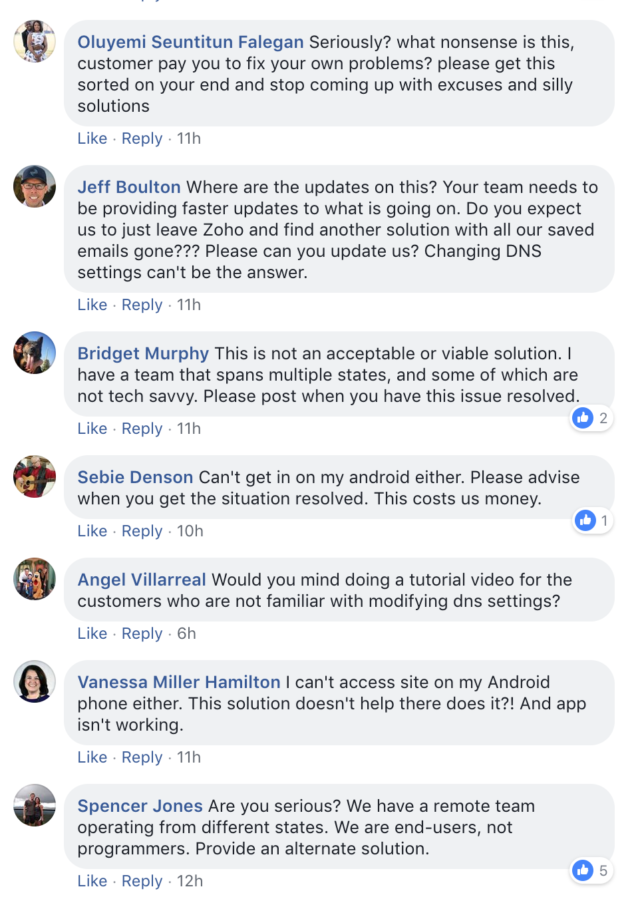 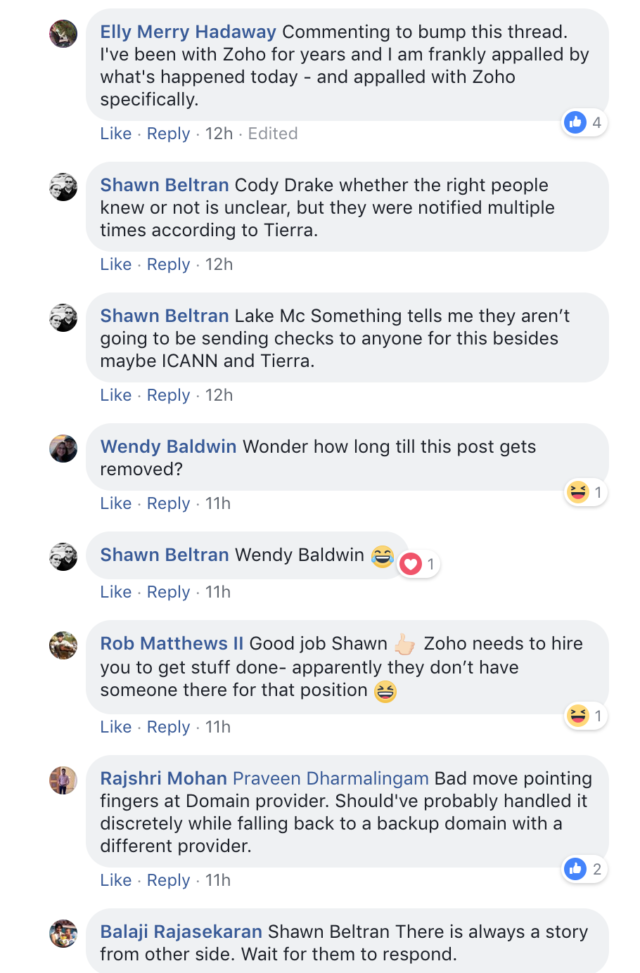 There is a response from Tierra, the domain provider, that one person has shared and that seems to be doing maximum damage to Zoho’s reputation since it directly blames Zoho itself for this outage, while Zoho points to Tierra.

Suffice to say, this is perhaps Zoho’s biggest crisis. From many of the comments I have read on the issue, there seems to be a vague anti-India sentiment, alleging that this is expected from an Indian company, and India is known to cut corners to save money. Much of the comments back-and-forth seem to be Indians supporting Zoho, and non-Indians blaming Zoho for being careless.

It’s good to see Sridhar himself get down to help with the crisis management online, on places like Twitter and Hacker News, though this is the least any CEO can do in a situation as dire as this. 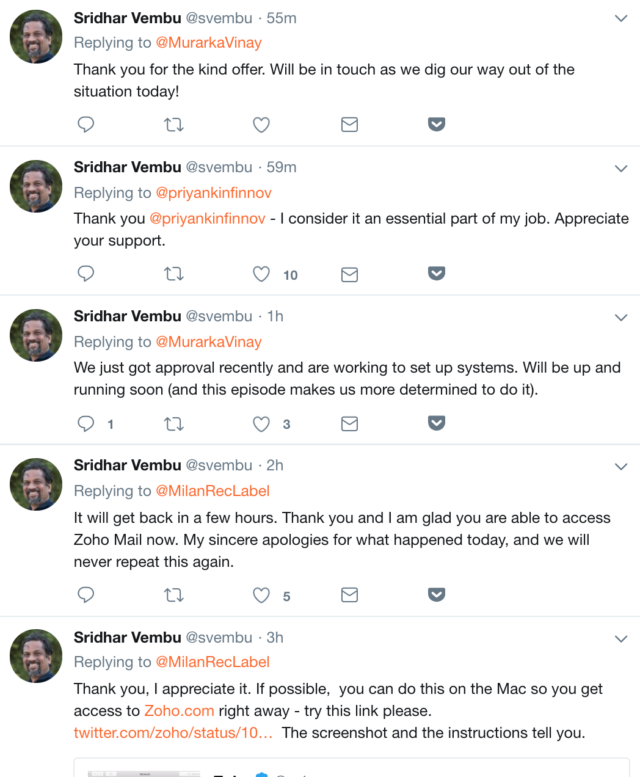 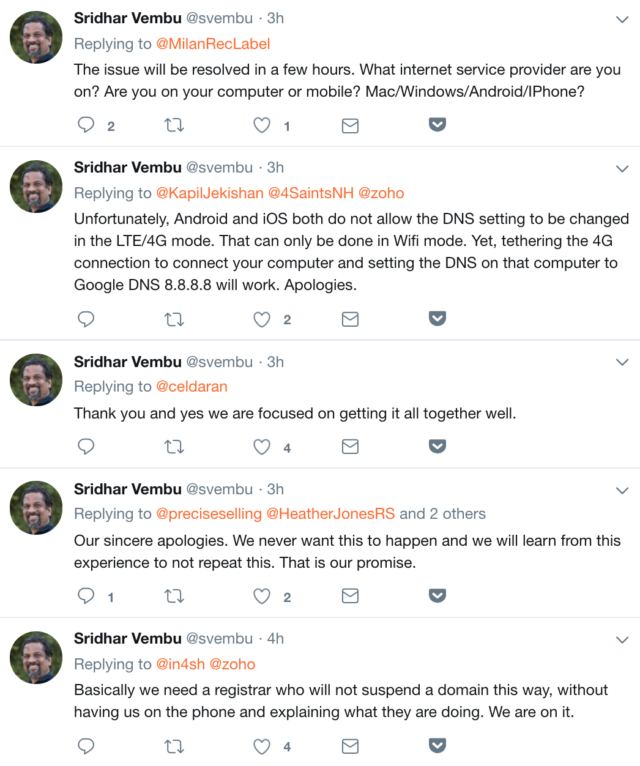 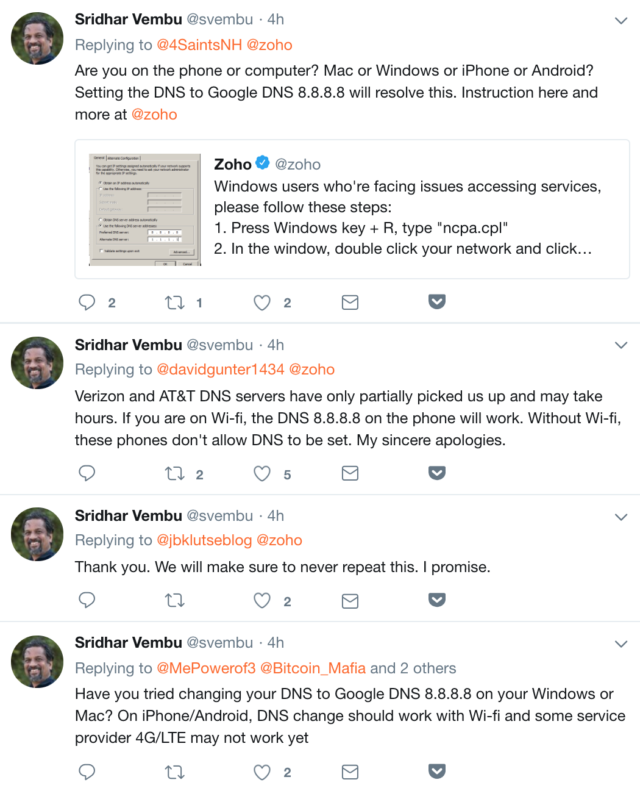 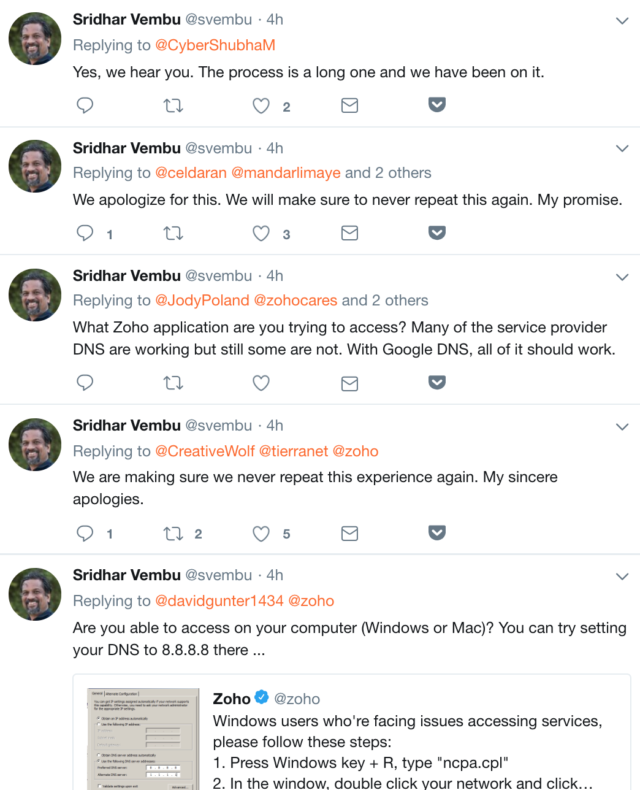 The overall sentiment that I could notice is one of annoyance and disappointment with Zoho for handling this issue. From asking the public to help them reach the senior management team of Tierra, their own domain provider, to the suggestions shared by them across multiple platforms—to change the DNS, something not many people are comfortable with—doesn’t seem to have gone down well, I feel.

I hope Sridhar shares a detailed note on Zoho’s blog about this messy imbroglio. And I hope there is clarity on Tierra’s role vs. Zoho’s role in how this issue went to become so bad. Given the India-angle (and the anti-India sentiment), I hope NASSCOM gets into the act too. There’s a lot to learn from this entire episode once the dust settles and a clearer picture emerges.

Update: Here’s Sridhar’s note on what happened and what Zoho is doing about it. The cause explained here seems similar to what Zoho and Sridhar have been saying earlier – phishing attempts, 3 cases, shut-down. The first paragraph where he takes ownership and accepts blame categorically without mincing words is excellent form, as the person heading the crisis. 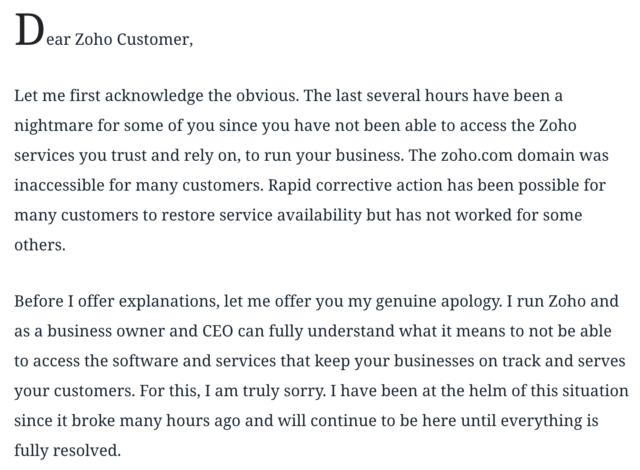 Considering Zoho has literally thrown Tierra under the bus for the whole mess, and considering Tierra hasn’t responded on this at all so far, would love to see what they have to say since their business is perhaps facing a huge crisis today.