Considering I track new Indian film music almost religiously, I have always been wondering about one facet that continues to be a standard fixture in most music launch ceremonies – the team actually has a giant fake CD that is ‘launched’ and hand out actual CDs to everybody on the stage. This, when CDs are clearly on their way out, taken over by streaming music.

Yesterday, the team behind the upcoming Tamil film (starring Vijay) Sarkar (produced by Sun TV network) did something inventive and unique. The host for the evening (of the hugely promoted, lavish music launch ceremony managed by Wizcraft), actor Prasanna announced that they won’t do the usual CD sharing as part of the launch. Instead, he and his co-host literally announced the 7 steps for the audience (watching the live broadcast on Sun’s online properties) and the people in the auditorium to launch the music themselves… online!

He went on to ask people to pick up their phone… 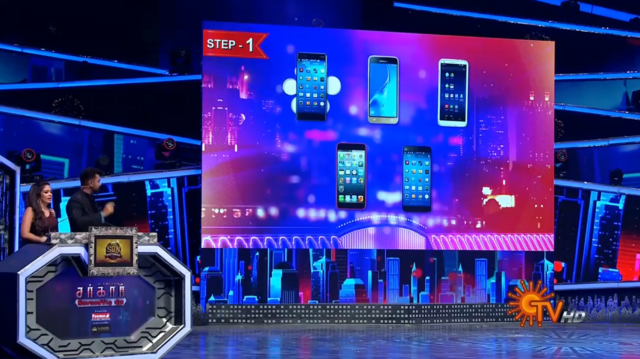 … asked them to open the browser. It is interesting to note that the list presented on screen has, besides the obvious ones like Chrome and Safari, Firefox and Opera Mini too! The most surprising addition is Microsoft Explorer which doesn’t even exist for mobile phones anymore (how many Windows Mobile phones are in India anyway?)! The Microsoft Edge logo is different from the one shown here 🙂 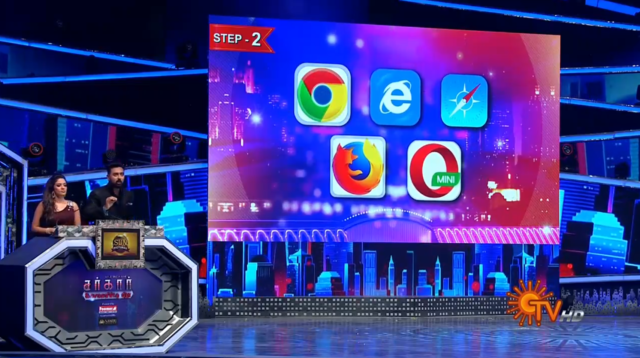 He then asks people to type sarkar.sunpictures.in in the browser. 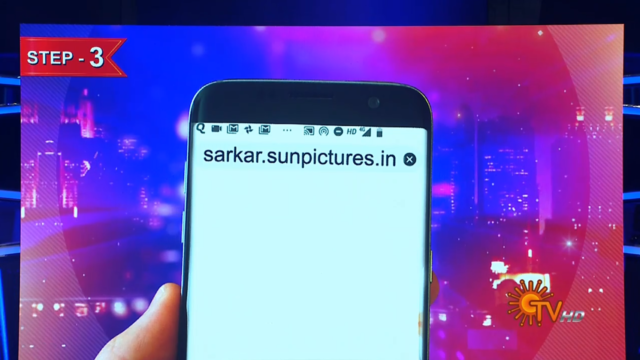 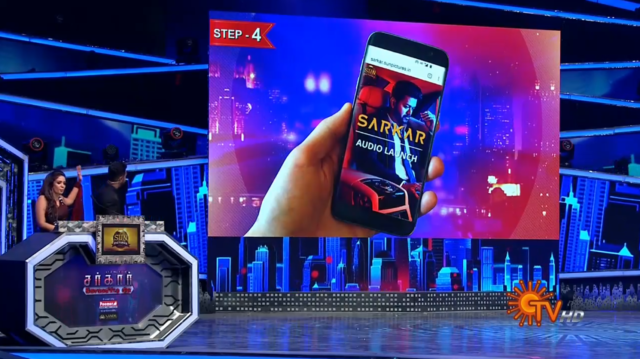 For the next step, Wizcraft has smartly integrated a couple of themes into the narrative. Vijay has been eyeing the political scene in Tamil Nadu for quite some time. That’s why this film is titled ‘Sarkar’ as a nudge-wink set-up. Plus, a song from the film goes ‘Oru viral puratchiye’ (‘a revolution through one finger’; they obviously mean the index finger, not the middle one… alluding to voting as an act of revolution). So, using these cues, for the next step, he asks everyone to raise their index finger. 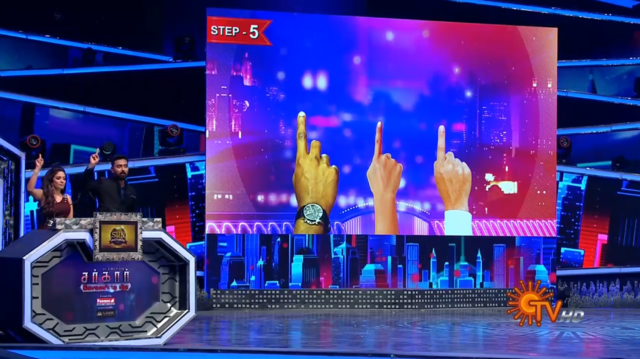 This finger-raising step is obviously silly and infantilizes the audience but goes aptly with the film culture in Tamil Nadu where actors are deified by fawning hordes of fans. And then the last step before the 7th (which reveals the music)… is to press the launch button (at last, after much ado!)… 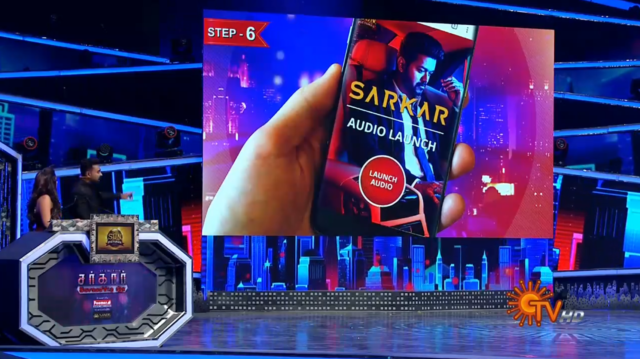 Once pressed, the screen shows a countdown (10 – 0) and that takes people to the set of 5 songs from the film, each being a YouTube video (lyric video, as it is popularly called in film industry circles).

Good to see the pretence of physical media being dropped completely and a more pragmatic approach adopted even for a showcase event like the music launch!

PS: Ironically, for such hype and hoopla, the music, by A R Rahman no less, is rather mediocre, in my opinion.