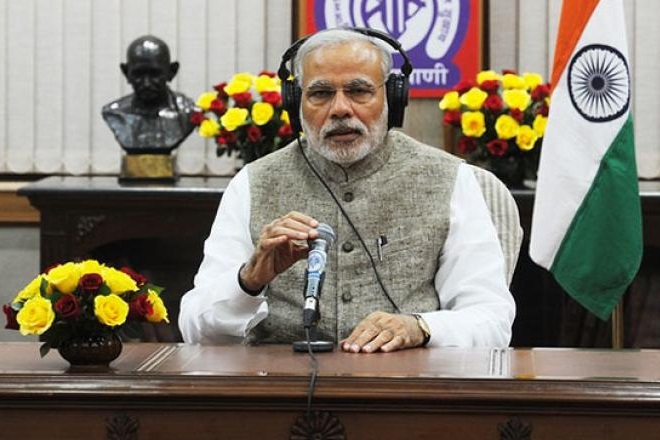 Without getting into the good, bad, right or wrong of the Narendra Modi Government, one thing I’m massively impressed with is his communication strategy. I wrote about one facet of it, in 2014 (Is the Narendra Modi Government’s use of social media really transformational?), but let me mention about another facet, in context – Mann Ki Baat. What started as a radio broadcast (it still is) is now a full-fledged case study on controlled communication. Two specific points pique my interest enormously.

One, the way he picks specific anecdotes to showcase progress in assorted areas of Indian life. They are small examples, here and there, but when the country’s PM is referring to them, in a show with such phenomenal reach, it shows 2 things – one, he/his team are constantly looking for stories to communicate and that they have a way to pick ones that would resonate strongly with the audience. The sheer effort that goes into Mann Ki Baat and the way he takes it seriously, in each show, is astounding! It’s almost an editorial team, with the specific brief of propping the persona and office of the Prime Minister.

Two, the things he speaks about in Mann Ki Baat become news the next day/week. Just look at the newspapers on the Monday after a Mann Ki Baat – they are full of stories that the PM shared the earlier day! That week’s regional language magazines cover the stories too, extensively!

Not just that, Modi himself (along with the PMO) cross-references a lot of things spoken in or is being planned to be covered on Mann Ki Baat via other social media channels like Twitter and Facebook, besides his own website. So, while he is making a direct (one-way, controlled) connect with his end audiences (voting public), like a family elder would, inside the family, he has also made it big enough for mainstream media and social media to keep the stories alive for the next week, for audiences who may not have listened to it on Sunday.

The point is, this is not entirely new. Earlier, political leaders used to do it via the party’s magazine/newspaper. Bal Thackeray used to do it via Saamna, while Karunanidhi is very famous for using Murasoli, the DMK mouthpiece, for the same purpose, though that was more of opinion-leadership, coming straight from the top and was less of an effort to gather stories to prop a perception/narrative.

Leaders who were very good with words/language knew how to wield them effectively when combined with mass communication. But Modi uses a more effective tool – his own voice, not the written ‘voice’, as done by leaders before him, but his voice, literally. Use of radio is a masterstroke in terms of choice of media – perhaps the most pervasive vehicle in India (at least so far). And he goes far beyond opinion-leadership, making the whole show seemingly about the people too, by placing and narrating anecdotes all through. His views and opinions are blended into this overall narrative that seems to be more about people and the country, and less about him (though, he says a lot of his work and his party too).

One can argue on other issues like the relatively lesser use of 2-way communication (I’m sure Modi gets a LOT of feedback and comments on his many social media posts, but they don’t get ‘responded’ to, or, they need not be because scaling up that channel may be a humongous task by itself) and the fact that he is the first prime minister in democratic India to have never held a press conference (yet)… this points to an active interest in controlling the narrative to suit specific purposes (I’m not ascribing motives yet; that’s a vastly different topic).

Even when he does speak to media, he seems to be picking fawning media channels/people with whom he can continue controlling the narrative. The same control extends to channels like social media and Mann Ki Baat too.

But there’s no doubt about how effective such control is, for him, at least so far. I don’t know how long he can control the narrative to this level – at some point, the democratic system usually has a way of forcing leaders to respond to the dicey topics more directly, without obfuscation. For now, though, his use of communication channels is mighty impressive and brilliantly in control.