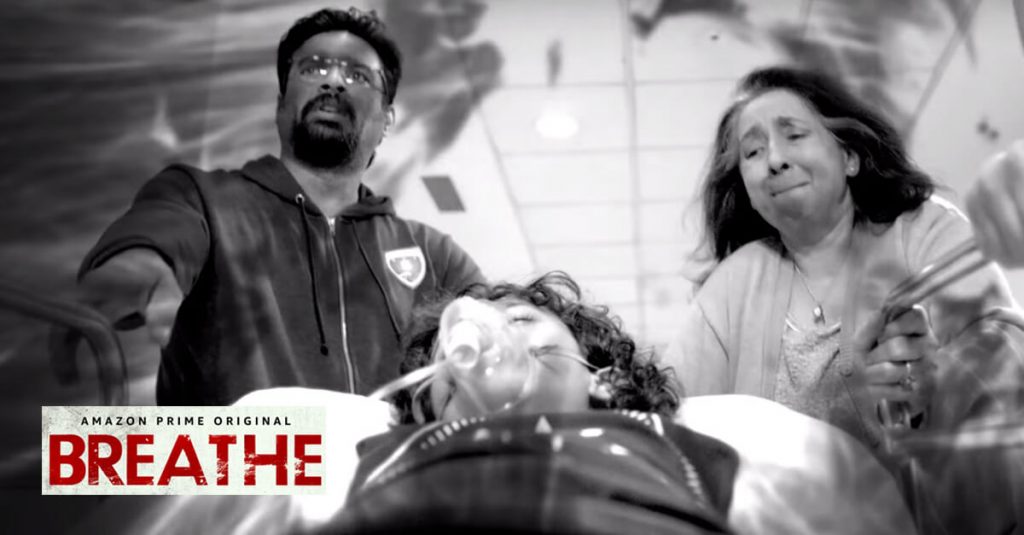 We still fondly recall that Shah Rukh Khan started with television (Fauji) and then became a superstar in films. Then, for the longest time, moving from TV to films was the norm. Even today, we talk of Sushant Singh Rajput moving successfully from TV to films and Karan Johar is planning to launch some TV star in one of his productions.

But, big film stars, once they have achieved stardom, never ventured in to act in a TV drama production ever. They gladly headlined game shows, dance shows and reality shows (KBC, Bigg Boss and the likes) and even guest-starred as judges in assorted TV contest shows. But never in a drama (that I can recall) which is the closest to what they do and gained stardom in films for. The interesting thing to note here is that they used the popularity they gained from films to play themselves in these TV shows, and never played a character that they do in films, on TV!

Now, the tide seems to be turning with OTT players. Madhavan is headlining an Amazon Prime show (Breathe), Irfan Khan is starring in another Amazon Prime show called Ministry, Saif Ali Khan is the lead in a new show by Netflix, Rajkummar Rao is Bose in an ALT Balaji show and so on. I won’t be surprised is the ruling superstars like Salman, Shah Rukh, Akshay and Aamir star in shows by OTT players in the near future – I do know that their production houses are talking/working with some of the OTT players already.

Outside India, these things never mattered. You always had big stars doing TV and OTT shows for the longest time, interchangeably. Nicole Kidman starring in Big Little Lies is a good example.

The question is, what changed, India? What prompted the move away from mainstream films to OTT that didn’t earlier happen with TV? Didn’t TV promise a much bigger reach than OTT (in its current state and market)? But still, the stars indulged it only occasionally. There was always the view that stars go back to TV only when their ‘market’ in films dry up. But they seem to be getting into OTT shows with arms wide open, even as their mainstream films market is at a reasonably good wicket (Madhavan had a cracker of a superhit Tamil film last year, in Vikram Vedha, for context).

OTT players’ reach would, I assume, pale in front of TV’s reach in India, though I’m 100% sure that is about to change dramatically very soon. Is it that prospect that’s leading these stars to switch en masse?

Or, is it the assumption (based on some data, I presume) that the kind of audience that engages with and consumes content on OTT is somehow more worthy – in terms of purchasing power (more advertiser/brand reach, bang for the buck), more evolved in some way to understand more kinds of plots etc.? This is bound to change, though, with data getting cheaper every day.

Or, is it the money that’s being made available to create a market for OTT space in India?

Or, another overarching possibility – is OTT the future of movies and entertainment in the world, away from ‘screened’ and ‘theatrical’ way of distributing films? Is it that realization that’s getting most big stars to start shows on these platforms?