I know of at least 3 electric scooter brands in India that are already in-market – Hero Electric, Okinawa Praise and Ather (which, incidentally, delivered their first batch of 10 Ather 450 scooters to their owners earlier this week, in Bengaluru!). 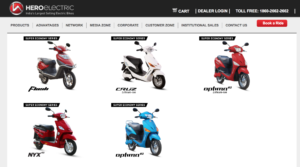 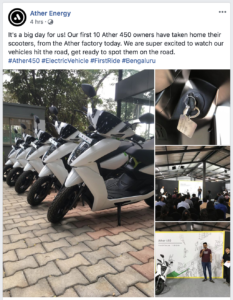 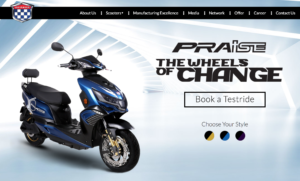 And there is Mahindra E2O, a brand of electric cars. There’s even Lithium, a corporate-only on-demand cab service that uses only E2Os in its fleet!

Now, given the steady, steep increase in petrol and diesel prices, wouldn’t these brands find it appropriate to go to town with their offerings? Isn’t it a bit like the opportunity utilized by Paytm on November 9, 2016, a day after demonetization was announced?

The opportunity is that there is a LOT of concern and chatter about the high price of petrol. That’s literally like the concerns around using cash, in the aftermath of the 8 pm announcement on November 8, 2016. Just like how digital wallet brands used that opportunity to communicate their offerings being apt in that situation, wouldn’t electric vehicle makers, however limited they are, find this time opportune to market their products?

Users are doing that job, though. Here’s Chennai’s Badri Sheshadri, patiently responding to queries about day-to-day usage of his Hero Electric bike, helping with the use-cases! 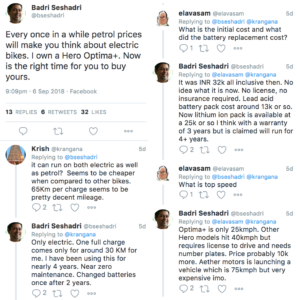 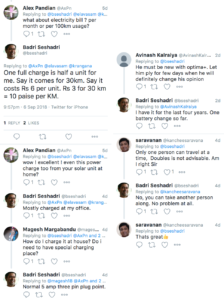 So, why aren’t the brands shouting from rooftops about their vehicles being perfect for the current scenario? Is it because of,
1. a premature ‘charging’ eco-system? (For cars, perhaps. But for bikes, as Badri says, normal points in office and home, work adequately!)
2. possibly cannibalizing their other petrol-based vehicles? (This applies to Hero and Mahindra only, not to the electric-only brands)
3. limited manufacturing capabilities (this applies to Ather, but not necessarily to Hero Electric)
4. not wanting to antagonize the Government? Because talking about high petrol prices may seem to be puncturing the Government’s ego which is already reeling under questions about the price rise from people and the opposition.